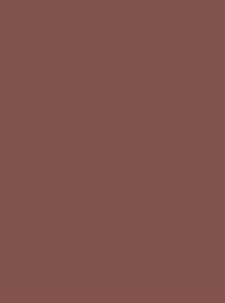 Tony’s first guitar studio began in Sea Point South Africa in 1971. Back then he was an unknown young guitarist, working for the city council by day, going to art school at night and studying the classical guitar in his spare time.

Today Tony is a highly acclaimed, award-winning guitarist, composer, recording artist and performer whose name has become synonymous with the acoustic guitar in South Africa. He has travelled the world and performed on it’s finest stages never losing sight of the very important teaching aspect of his art.

Tony has taught literally thousands of people to play the guitar, some of whom have gone on to become professional musicians.

Tony is a Registered Guitar Tutor under the auspices of the London College of Music. Those wanting to move through credited and recognised grades right up to diploma level can do so under his guidance.

Why study guitar with Tony?

‘Connor’s technique has improved a hundredfold since he started with Tony.  What I have also loved is that he gets to experience Tony’s playing as well and there really is no substitute for that!’

‘Learning from Tony has been, by far, the best music instruction I have ever received. My playing and appreciation of the art of finger-style guitar has improved many times more from his lessons than everything else I've done in the last 15 years put together. Thank you Tony’

‘I am from India, I found Tony Cox through social media and I decided to give it a try. I started the classes with him more than a year ago, still continuing. Till this this time I have NO regrets, in-fact the Skype lessons are the best way to learn the Guitar. And Tony Cox, obviously you have got a great teacher who will get inside you and inspire you to grow as a Guitar player’

‘I have been with Tony for a year now and I have learned more in that year than I did in the previous 4 years of playing. So happy about that. Not only is he a master guitarist but he knows how to teach’

FROM RAW BEGINNER TO ADVANCED, START YOUR OWN MUSICAL ADVENTURE TODAY,